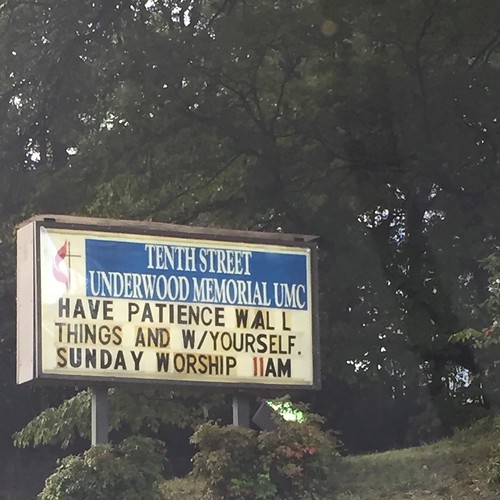 Just so you know, this post is going to get a little raw and deeply personal and it all starts with FB “innocently” reminding me that last year, I was in Kentucky. What was I doing there? Trying to be as good a friend as I could be.  Did it work?  Who know but thanks, FB Memories, my day was going pretty well until that dumb little post.

Last year, a close friend of mine reached out to me to assist him in getting help for his long-running issue with alcoholism. As quickly as I could, I drove the 6 hours to Kentucky with the hopes that I could help, make a positive impact, offer support, something…but I was greeted with rage, denial, confusion, and embarrassment. Me, being the person that I am, tried to softly get to the heart of the matter but because I was getting pushback, I left it alone. Little did my friend know that on the drive up, I cried, rehearsed speech after speech, practiced exercising my boundaries, and cried some more.

When I arrived, he was on the phone screaming at someone about the scary potential of who would become our current president.  That was the reason he was hitting the bottle so hard.  Right….  Once he hung up, he semi-forcefully asked me for a ride to work. I guess I didn’t have a choice.  His job? A bar. Face the problem head on, right? Luckily for me, he wasn’t drinking on the job, or after, thank goodness.  To be honest, I don’t think I could have handled that.  I probably would have turned around to come back to Atlanta right then and there.  Things were uneventful for the most part but there was a tension between us.  Something was off.

That night, my dreams were filled with Iron Maidens, rusty nail beds, and knife mobiles hanging overhead but in reality, a cat was digging his claws into my chest.  No wonder I couldn’t breathe.  My allergies were going nuts thanks to my cat friend.

After sulking for as long as I could, I got up to brush my teeth and start the damn day.  A red glow was coming from my friend’s room.  Was it a fire?  He has been known to pass out with a lit cigarette in his hand.  No, it was the eerie glow from red christmas tree lights that surrounded his bed.  Strange.  He once told me he had nightmares about being on fire.  I guess it makes sense now.  I tried my best to wake him but he was out cold.  Time for an adventure and some soul searching.

I got out and went to Iroquois Park, a truly gorgeous place to go but I couldn’t enjoy the views because I was just so upset and confused.  I called my sister and she talked some serious sense to me.  I almost went to the same picnic table I sat at when my Mom was talking sense to me in 2011 but I couldn’t stomach it.  Like, I was actually dry-heaving just thinking about it.  I did drive up to the lookout point a crossed over family friend had taken me to in 2011 but I was too shaken to take photos or enjoy the view because my eyes went over the treetops, past buildings, and went right to the church spires that I was instructed to look towards whenever I thought about my friend.  Just beyond the spires was his little white house.  I glared at the direction of my friend’s house, feeling so defeated. 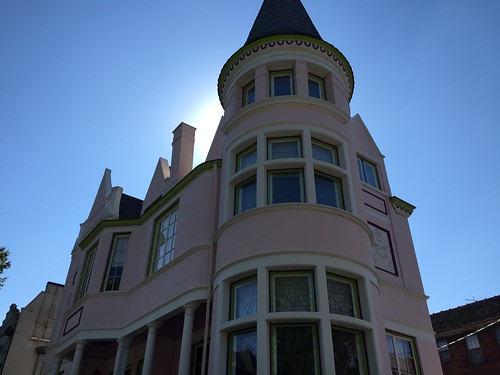 After more tears, I drove down to the St. James district to clear my head, photograph some gorgeous historic homes, and peruse apartments for rent (for fun only).  It was in front of the Pink Palace that I decided I’d shield myself, put up some boundaries of my own and hunker down for the conversation that had to happen eventually, right?

My friend called as I was getting hopelessly turned around in Louisville on my way back.  Their roads are so confusing to an ATL-ien like me.  He had an errand to run at work.  Of course.  When we got there, he turned on the TV, like I was some kid or something.  Luckily for me, Goodfellas was on.  After the errand, we ended up staying to watch most of it, even though we had both seen it before.  I kept trying to start the conversation but I read the room.  It wasn’t quite time.

On the way back to his place, we got stuck at a railroad crossing.  We spent a few minutes in silence until I finally blurted out everything I felt I needed to say.  I told him I spent my Friday night at an AA meeting to prepare myself, I had lists of rehab places burning a hole in my purse, I had his Mom on standby for assistance, and most of all, my heart was bursting with love, support, confusion, anger, and guilt.  He tried brushing me off but I stood my ground.  I was there because of him, I was there for him.  He had reached out to me for support because he had no one else.  So I fucking showed the fuck up.

The floodgates opened and we had a spirited conversation on the way to his house and into his back yard.  The sun beat down on us as if it was burning away all the bad, leaving us raw and vulnerable.  We went inside as the tears became too much.  We talked and talked.  He was in denial, I wouldn’t budge.  This was the weirdest attempt at an intervention, or whatever you want to call it.

I pulled out my list of places.  He wouldn’t even acknowledge them.  After a few uncomfortable silences peppered with emotional outbursts, I decided to leave.  That’s right, drive back to Atlanta, not even a full 24 hours had passed but I was tired.  I still am.  We left on good terms (so I thought, and his mom thinks so too) but I had to get out.  I was tired of the back and forth.  “I care too much”, “no one cares at all”, “I don’t have a problem”…the weight became too much to bear.  I was the Ten of Wands, being pulled down by the weight of everything.  It was time to put this Wand down.

So, I left.  More tears, more speech rehearsals, more screaming.  It took me a long time to move past it even though my support system is so much better now.  I haven’t talked to him directly but his Mom will give me updates from time to time, which gives me peace of mind.  I make sure to send him love when I feel pangs of hurt in my heart for my friend but I can’t force or help anything anymore.  He has to do it for himself, I can’t do it for him.

All in Divine Time, right?

And while I thought I had shone a light on this shadow, here comes FB with the pain.  And when it came, I smelled the smells of Louisville, I felt the cat claws on my chest, I felt his hands on mine, and with that, I sent out the biggest, shiniest love beam right to his house, right to those glowing red lights, right down to his plaid shirts and blasted his room with all the love I have for him.  The tears welled up, I felt a lump in my throat, and choked out a little sob.  No.  More.  Tears.